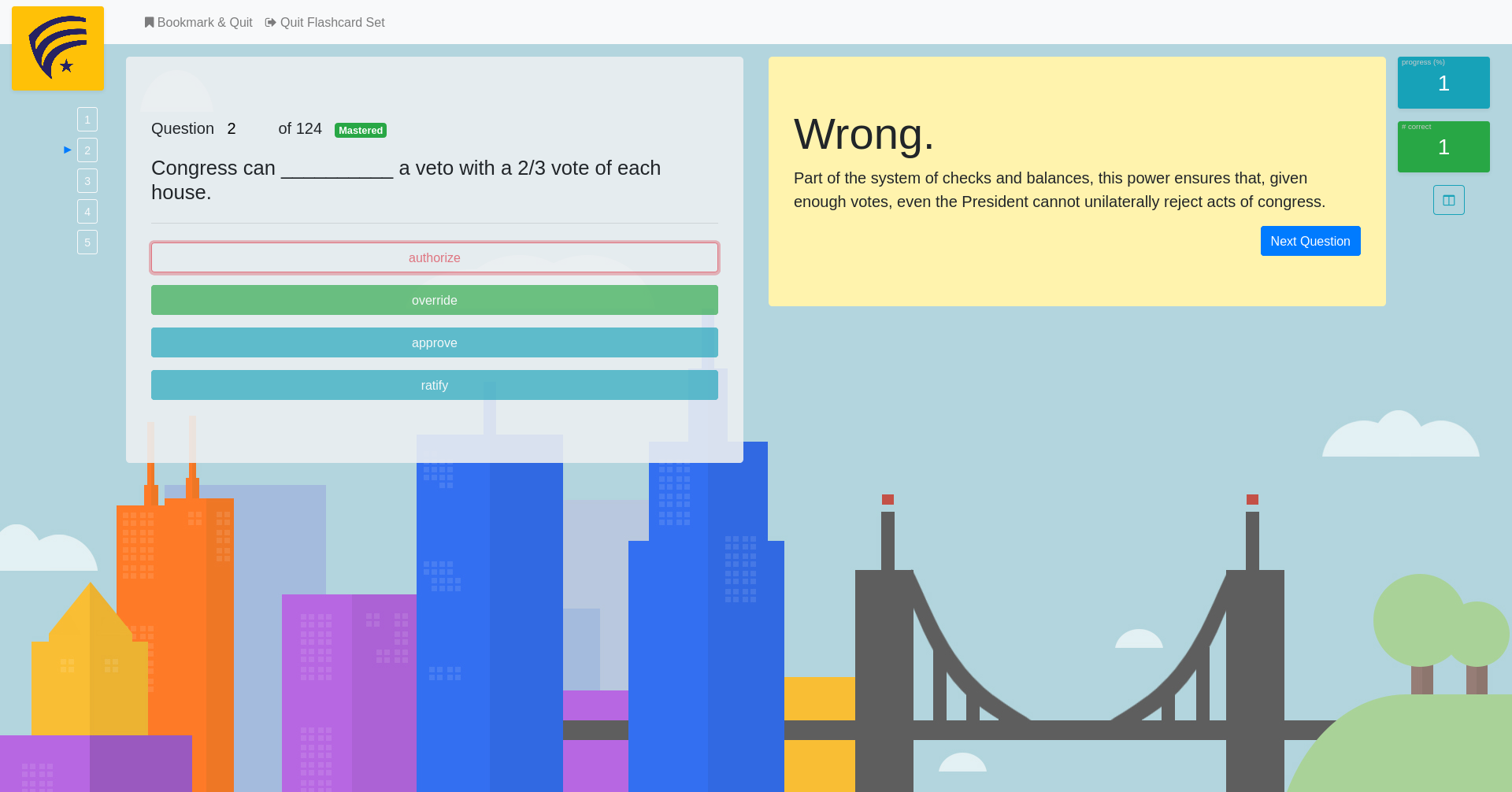 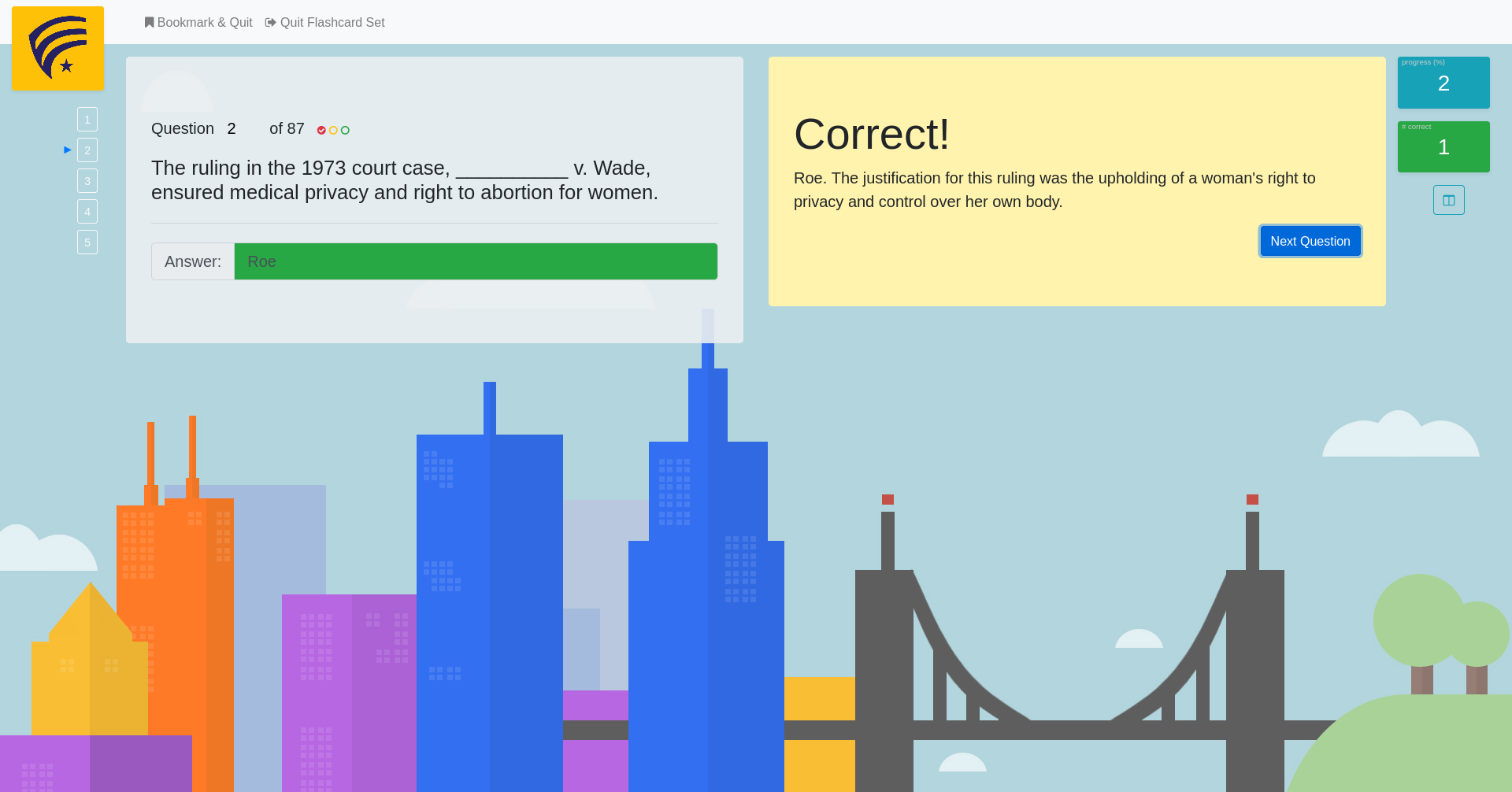 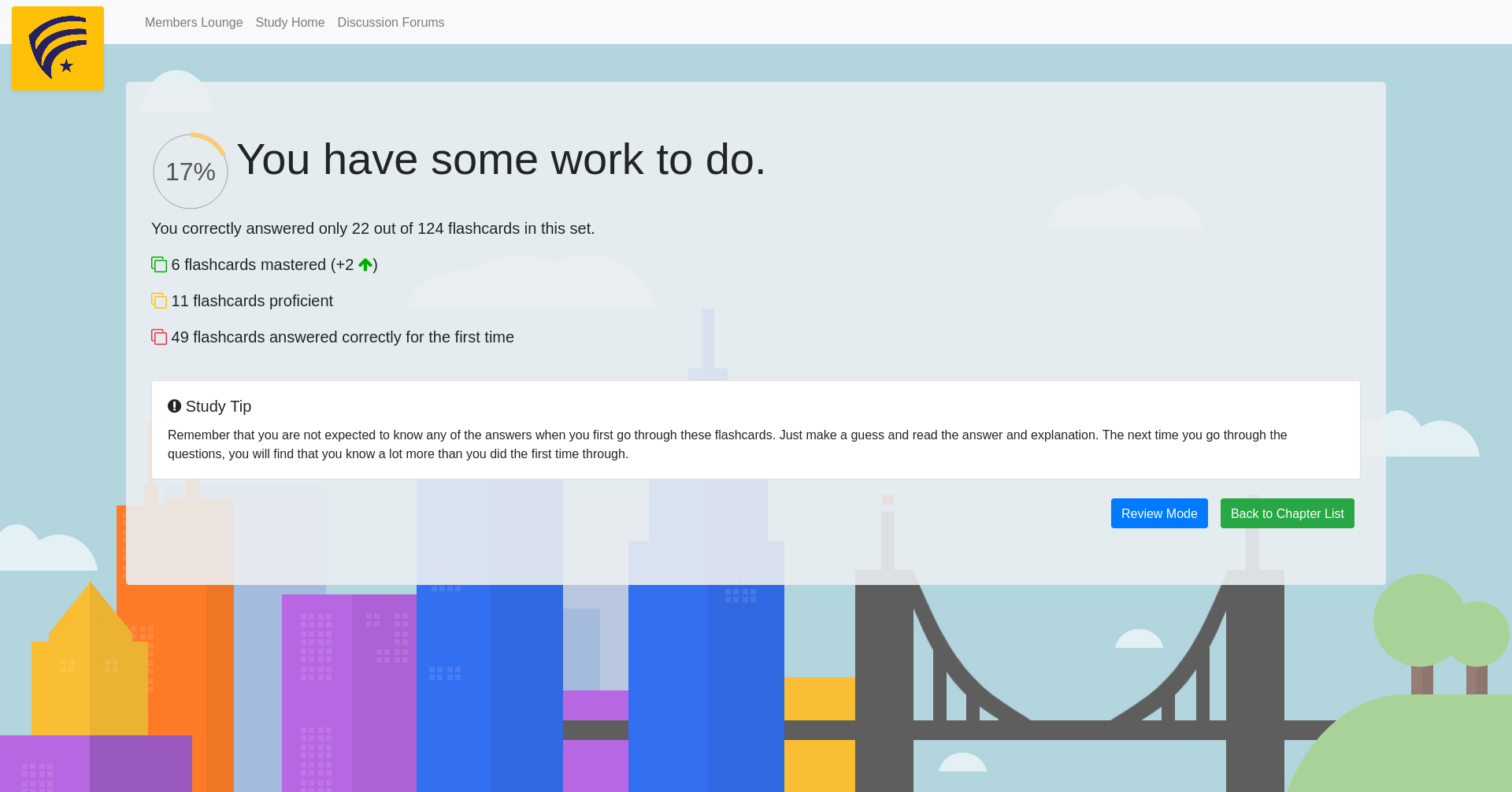 The only study guide that teaches you what you need to know to pass the American Government exam (with no prior knowledge needed), and is constantly updated based on student feedback to guarantee you the best possible results.

The American Government CLEP exam is designed to test the student on material that would typically be covered in an introductory level one semester undergraduate course on the American government and politics. This is considered a fairly challenging exam and requires not just simple rote-memorization of facts, but a solid understanding of political processes and behavior. Carefully studying InstantCert's flashcards and truly understanding the material presented in the questions and explanations--not just memorizing what goes in the blanks--will allow you to pass this exam without any trouble.

Institutions and Policy Processes: Presidency, Bureaucracy, and Congress
The major formal and informal institutional arrangements and powers
Structure, policy processes, and outputs
Relationships among these three institutions and links between them and political parties, interest groups, the media, and public opinion
Federal Courts, Civil Liberties, and Civil Rights
Structure and processes of the judicial system with emphasis on the role and influence of the Supreme Court
The development of civil rights and civil liberties by judicial interpretation
The Bill of Rights
Incorporation of the Bill of Rights
Equal protection and due process
Political Parties and Interest Groups
Political parties (including their function, organization, mobilization, historical development, and effects on the political process)
Interest groups (including the variety of activities they typically undertake and their effects on the political process)
Elections (including the electoral process)
Political Beliefs and Behavior
Processes by which citizens learn about politics
Political participation (including voting behavior)
Public opinion
Beliefs that citizens hold about their government and its leaders
Political culture (the variety of factors that predispose citizens to differ from one another in terms of their political perceptions, values, attitudes, and activities)
The influence of public opinion on political leaders
Constitutional Underpinnings of American Democracy
Federalism (with attention to intergovernmental relations)
Separation of powers
Checks and balances
Majority rule
Minority rights
Considerations that influenced the formulation and adoption of the Constitution
Theories of democracy

Our American Government CLEP Study Guide is covered by our 30-Day Risk-Free Unconditional Money Back Guarantee. Sign up now and put it to the test. If you don't like it, get your money back, no questions asked!